Home | The Top Ways To Preserve Value Through Renovation 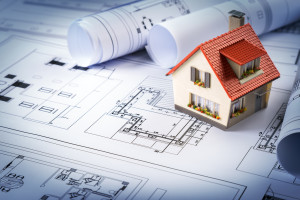 Income properties can present challenges to owners, one of the biggest is renovation work.

The question of when or even whether to renovate can be just as important as how or how much to. Probably the biggest factor when it comes to renovation work is improving ROI, or Return on Investment. Just as with many other things, there is often an “80/20” rule when it comes to renovation — that is, that 80 percent of the reward comes from 20 percent of the work. In reality, the split may be something closer to 60/40, or 70/30, but you get the idea. The key is to figure out how to get the most value out of performing the least costly work possible.

That isn’t to say that you shouldn’t make expensive renovations; sometimes replacing a roof or putting in a new boiler is unavoidable, for instance. But generally speaking, there are certain areas where minor expenditures can bring major rewards.

Who Will Be Living There?

While it’s true that some kinds of improvements may be mandatory, there may be a difference of opinion between the kinds of things you personally consider essential and the kinds of things your tenants find attractive. After all, while you may own the property, it’s not you that will be living there. So try to put yourself in their shoes. Do they value cosmetic allure? Will light colors and pretty drapes go farther than a satellite dish on the roof? Will a slick range top in the kitchen bring you more rent than an extra closet in one of the bedrooms? Sometimes a new coat of paint can be all it takes to make a place feel new and fresh, preserving value and adding appeal.

Try to think about the relative costs and possible rent increases that each improvement could bring. And rather than just using your own opinion to estimate figures, try to get some hard numbers by consulting with other landlords in your area or talking to real estate agents and professional property management firms. What tenants may have wanted five or ten years ago may not be what tenants now or tenants five years from now will want. So it pays to be on top of trends, especially local ones.

Going back to expenditures, it’s true that minor expenditures can sometimes bring major rewards, but it’s also true that sometimes major expenses can be justified, particularly if NOT making them will cost you more in the long run.

Think about a roof leak. You might have to replace a quarter of the roof to solve it effectively — a large expenditure, depending on how big your building is. But the cost of not making that repair after a year could be many times more than what the original cost might have been. The key is to think not just in terms of immediate benefits, but to amortize the benefits the same way that you amortize expenses. If a new kitchen costs you $12,000 but can bring you $250 in additional rent every month, it will pay for itself in four years. After the fourth year, you’re looking at $250 net profit every month going forward. So expenditures that may seem costly initially can actually have bigger benefits further down the line — assuming that everything else stays the same. By viewing all renovations through the lens of improving ROI, you’re doing yourself a favor as a businessperson.

The Danger of Needless Renovation

It’s true that some people renovate for sentimental reasons or out of the goodness of their heart. But at the end of the day, ROI can make the difference between a wise renovation and a less-than-wise one. How many times have you driven by a “money pit” that someone shoveled their life savings into, for only meager returns? Be careful of wasting money that you don’t need to spend. While it’s true that it makes sense to fix minor problems before they become major ones, there is also the saying that “if it ain’t broke, don’t fix it.”

If no one is complaining about a component of your property, it could be that you’re the only one who perceives a problem with it. One way to verify this is by talking to your tenants. While you could blurt out “Hey, what would you like to see fixed in this place?”, this may bring about a counterproductive or useless response. In the absence of anything truly offensive, tenants may make up false complaints or issues that actually aren’t important to them. Instead, a better approach might be to ask them where they’re thinking about moving to next and why. Again, talking to real estate agents and professional property management firms can also help in this situation.

The Danger of Not Planning for Renovation

Taking a hardline approach and not doing any renovations at all can be uneconomical in the long run. Just as in the example of the roof leak, letting problems fester can often be many times more costly in the long run. But even if there are no known issues, just letting a place sit and slowly go out-of-date has its own problems. While it’s true that you may be able to “get the rent” for a good long time, one day you may wake up and find your property is unrentable, at least not without major renovations, which usually are impossible to have done overnight.
If suddenly you discover that everyone else on the block has updated their kitchens and bathrooms and you’re the last one to do so, you may end up taking a serious hit on rent until you “get up to speed” with the buildings next door or across the street. You don’t want to be the last property in a neighborhood or in a given area to make an update; tenants will avoid your property or choose it last in a list of their options, assuming there are no other balancing factors. Try to stay at least “in the middle of the pack” as far as updating is concerned, or even a little “ahead of the curve”; you’ll find it’s a smart investment in terms of preserving value.